Small-scale farmers in sub-Saharan Africa are disproportionately affected by climate change, poverty and undernutrition, but a report released today shows many remain optimistic about the future of agriculture. Of the thousands of farmers participating in the survey in four countries, two-thirds believe their children can be successful in farming, although many cautioned that food systems will need to change in order to provide subsistence income.

Today’s post is scheduled to bring the voices of rural smallholder farmers in sub-Saharan Africa to the United Nations Food System Summit on September 23 – an event that brings together world leaders, scientists, academics, political advisers and United Nations officials – but few of the world’s poorest food producers.

“It is increasingly recognized globally that solutions can only be sustainable and relevant if they reflect people’s local realities and experiences. But leaders often find it difficult to access people’s opinions, especially in remote areas. Radio, associated with new technologies, is a powerful tool too often neglected ”, declared Hélène Papper, IFAD Director of Global Communications and Advocacy. “With the direct contribution of so many rural farmers, we now have a better understanding of their challenges and how we can support their strong desire to stay in their communities and build a future for their families in agriculture. These are the voices that world leaders gathered for this week’s Food Systems Summit must hear and act.

“Smallholder farmers working on plots of less than two hectares produce more than 30% of the world’s food and yet there are significant barriers to their participation in global discussions and decision-making processes,” said Kevin Perkins, FRI spokesperson. “This report is helping to change that. Our goal was to create a platform for rural populations, especially women and youth, to share their concerns and solutions for a healthier, more sustainable, productive and equitable food system.

Oscar, a small farmer from Tanzania, was among those who participated in the survey. His commentary highlights one of the many inequalities that exist in food systems. “Our crops are bought at a very low price,” he said. “Businessmen and middlemen buy our crops at their prices and not at farmers’ prices.

Interviewees like Oscar called for better access to loans and credit, inputs, better markets and more information, as well as better training in farming techniques and business management. Women farmers, in particular, stressed that access to loans, credit and financial support was essential to their success.

“This is particularly critical for women small-scale farmers, who produce more than half of all food grown, but continue to face discrimination, resulting in limited decision-making power, access and control over the productive resources that limit their participation in local food systems. ”Said Angeline Munzara, spokesperson for World Vision International. “Listening to their voices and finding solutions to transform the food system is essential to ensure access to safe and nutritious food for all. ”

Live dialogues: listening to rural populations is an official submission to the Food Systems Summit (FSS) which takes place on Thursday 23 September. Under the leadership of Secretary General António Guterres, the FSS is the culmination of 18 months of engagement with governments, food producers, civil society and businesses on how to transform the way we produce, process and consume food. The FSS aims to produce concrete commitments from heads of state and other leaders.

Distributed by APO Group on behalf of the International Fund for Agricultural Development (IFAD).

Note to editors:
Visit http://dialogues.farmradio.org/ to read the report, explore the results and listen to the voices of farmers.

On IFAD:
IFAD invests in rural people, empowering them to reduce poverty, increase food security, improve nutrition and build resilience. Since 1978, we have provided US $ 23.2 billion in grants and low-interest loans to projects that have reached approximately 518 million people. IFAD is an international financial institution and a specialized agency of the United Nations based in Rome – the United Nations center for food and agriculture.

About International Farm Radio:
Farm Radio International is an international Canadian non-governmental organization focused solely on improving the lives of rural Africans through the world’s most accessible communication tool, radio, in combination with ICTs. We produce radio resources that help thousands of broadcasters across sub-Saharan Africa improve their programming for farmers; running radio projects that help millions of people improve their livelihoods and health; and create digital innovations that incorporate the latest technologies to make rural radio even more powerful.

On World Vision:
World Vision is a Christian relief, development and advocacy organization that works to create lasting change in the lives of children, families and communities to overcome poverty and injustice. Operating in nearly 100 countries around the world, World Vision serves all people regardless of religion, race, ethnicity or gender and is passionate about the development of girls and boys, especially in the most fragile contexts. 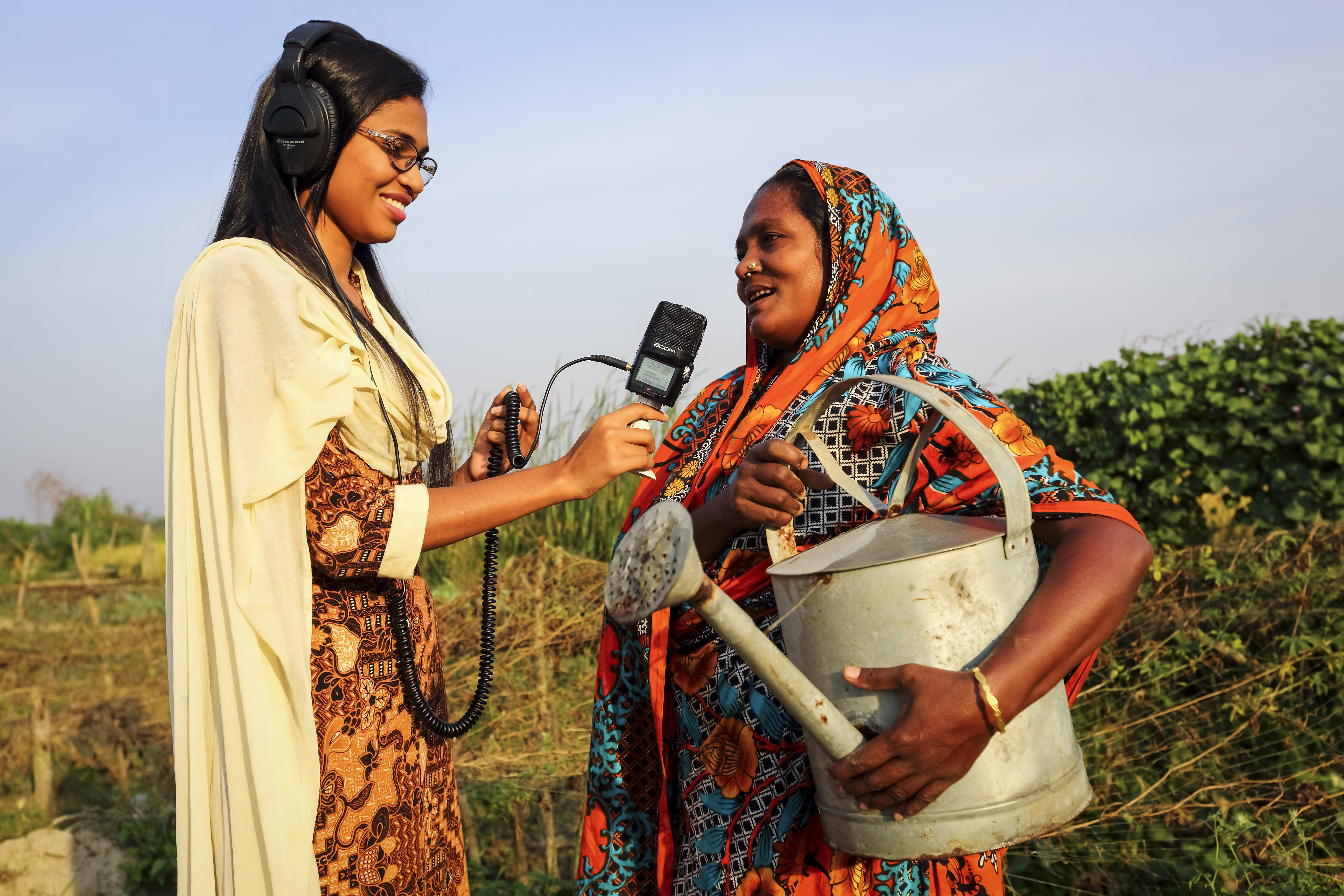 Africanews provides APO Group content as a service to its readers, but does not edit the articles it publishes.

Previous NTA will organize the entrance exam from today; see important guidelines here
Next Will most electronic consumer goods turn into medical devices after MDR?